Our school - Our history

Maitland High School, formerly known as Maitland Boys' High School has been a state high school since 1884, and can trace its history as a private school decades further back into the nineteenth century. 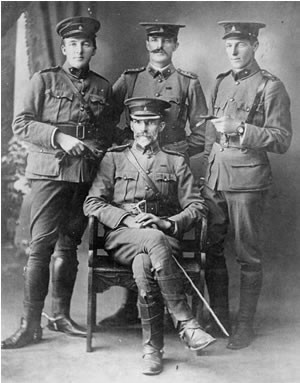 There was a private Maitland High School, run by Dr John Fraser, that existed from 1863 until the boys' school opened in 1884. When the school opened in 1884, it was in “Sauchie house” in Church street, with just 34 students, amongst them was the late Lieutenant Colonel Robert Scobie.

The school moved to its current site in 1891 with a single storey classroom block and the two-storey Principal’s residence and hostel for boarders, known as “Hinder House”.

Maitland High School is the second-oldest high school in the state and has a rich history that the Old Boys and Ex-Students of the school value.

The school went co-educational in 1987, welcoming in the first cohorts of female students.

A school with as rich a history as ours has many former students still returning to reminisce about their days at Maitland High School and this is very much supported by the wonderful work of our Old Boys and Ex Students Union.

Return to top of page

We would like to pay our respects and acknowledge the traditional custodians of the land and also pay respect to Elders both past and present.

Copyright for this website is owned by the State of New South Wales through the Department of Education. For more information go to http://www.dec.nsw.gov.au/footer/copyright.